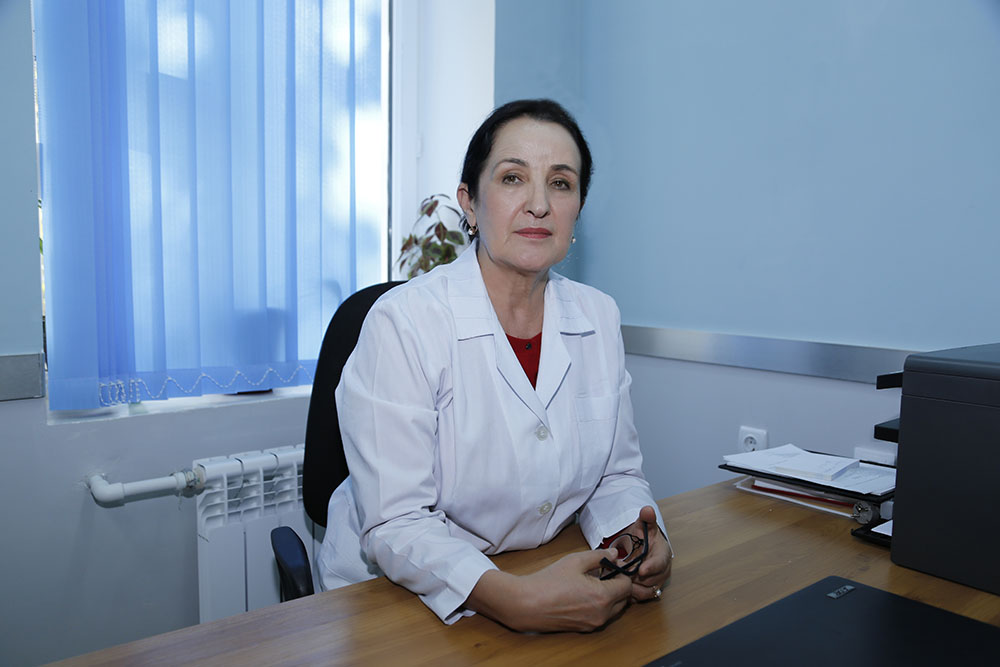 The scientific department of gastroenterology with clinical department founded in 1979. Department has 25 beds (with a turnover of up to 1040 patients per year) for children with chronic pathology of the gastrointestinal tract. Children come from all regions of Uzbekistan and the neighboring republics (Kazakhstan and Tajikistan). In various years, research department headed by MD Bodnya I.A., MD Klimenskaya L.V., PhD Abizgildina F.H, PhD Usmanov D.U., associate professor Akhmadov M.N.

Since 2001 head of the department is Prof. Kamilovа A.T. Kamilova Altinoy Tursunovna is the author of 325 scientific papers, including 139 articles, 6 monographs, 18 methodical recommendations, 2 clinical guidelines, 6 manuals for physicians, 4 patents and 5 software products. Prepared 1 doctor and 6 candidates of medical sciences.

Scientific consultant of 3 doctoral theses. Chairman of the public association of pediatric gastroenterologists and nutritionists of our Republic. A member of the editorial board of the “Journal of infant nutrition” (Moscow, Russia).

Since the creation of the department huge number of scientists worked in. Later they became heads of departments, hospitals, health care managers and others. The department trained 6 doctors and 20 candidates of medical sciences. Currently, in the gastroenterological department continues to research and therapeutic activity of 8 researchers and 2 attending physician.

Scientific directions of the department. 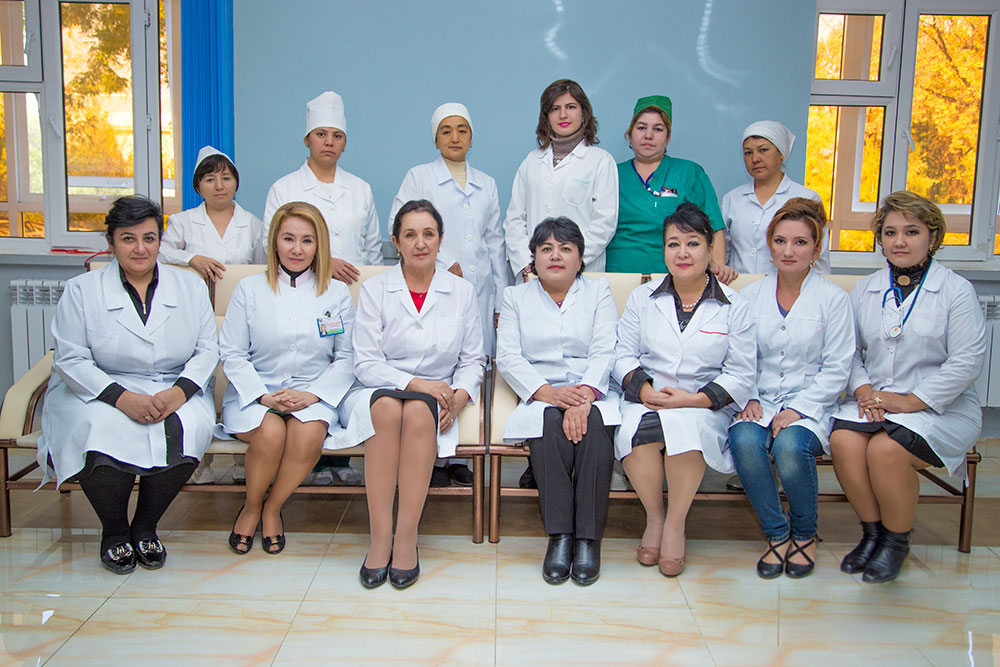 In 2009 – 2011 years, department staff involved in the development methods of diagnosis and treatment of disorders of cell energy in the enteric disease in children (Do’stmukhamedova D.H.) Research carried out with the Institute of Chemistry of Plant Substances (ICPS) and the National University (interministerial grant).

Applied research had continued in innovative works. In 2006, work carried out under the grant: “The introduction of National model of medical and social rehabilitation of children with disabilities by the example of children with diseases of the digestive system”, in 2013-2014 another grant: “The introduction of diagnostic and treatment methods of persistent diarrhoea in children.”

In 2008, by initiation of employees organized a public association of pediatric gastroenterologists and nutritionists with three branches in Jizzak, Samarkand, Bukhara regions. In 2013, the Public Association became part World Gastroenterology Organisation. The chairman of Public Association is prof. Kamilova A.T. In 2014, the activities of the public association noted by gratitude for the active participation in the programs of social and economic development of the Republic of Uzbekistan.

Research Fellows of the department:

Results of the research are reflected in many publications in local and international scientific journals, including 6 monographs, 32 guidelines and manuals for physicians, 43 newsletters. Received 4 patents and 10 software products of Uzbekistan. Since 2003. Research work carried out on the basis of government grants and agreements, including applied and innovative projects. The department is working towards the development of international cooperation in scientific research, strengthening of partnerships with the CIS and other countries (Russia, Sweden, Italy, Turkey, Ukraine, Azerbaijan, Kazakhstan, Kyrgyzstan, etc.). 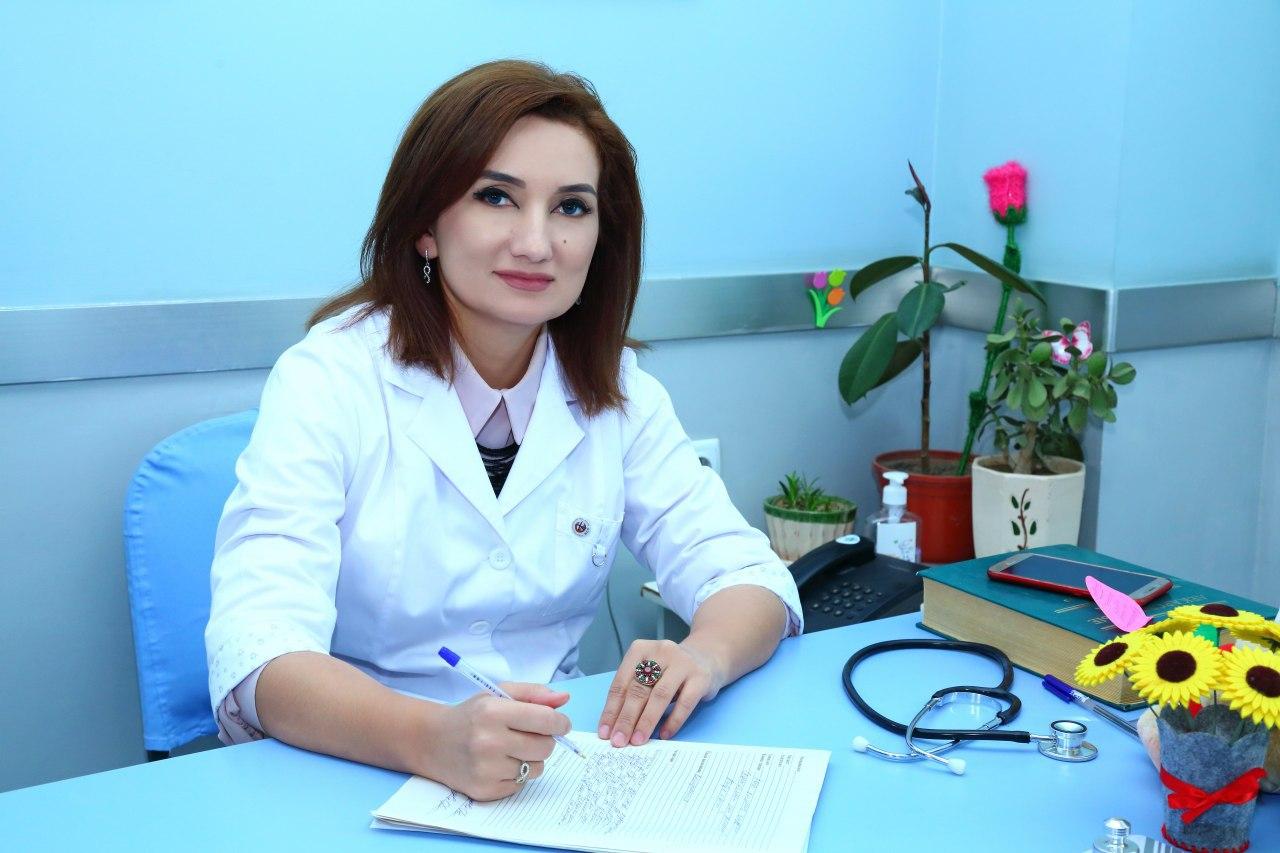 The department provides highly qualified specialized care for children with diseases of the gastrointestinal tract.

Department conducts diagnosis and treatment of the following diseases:

Diagnosis and treatment of patients with diseases of the digestive system is carried out in accordance with approved standards and the Order №225 of the Ministry of Health of the Republic of Uzbekistan “On measures on further improvement of medical care for children” on 10 June 2013.