Akhmedova Dilorom Ilhamovna – pediatrician, scientist, public health manager. Excellent Health and Public Education of the Republic of Uzbekistan.In 1989 she defended her scientific thesis for the degree of Candidate of Medical Sciences on the topic: “Clinical study of benzonal in complex treatment of hemolytic disease of the newborn,” in 1998 – a doctoral thesis on the subject “Hemolytic disease of the newborn: pathogenic aspects of treatment and rehabilitation.” 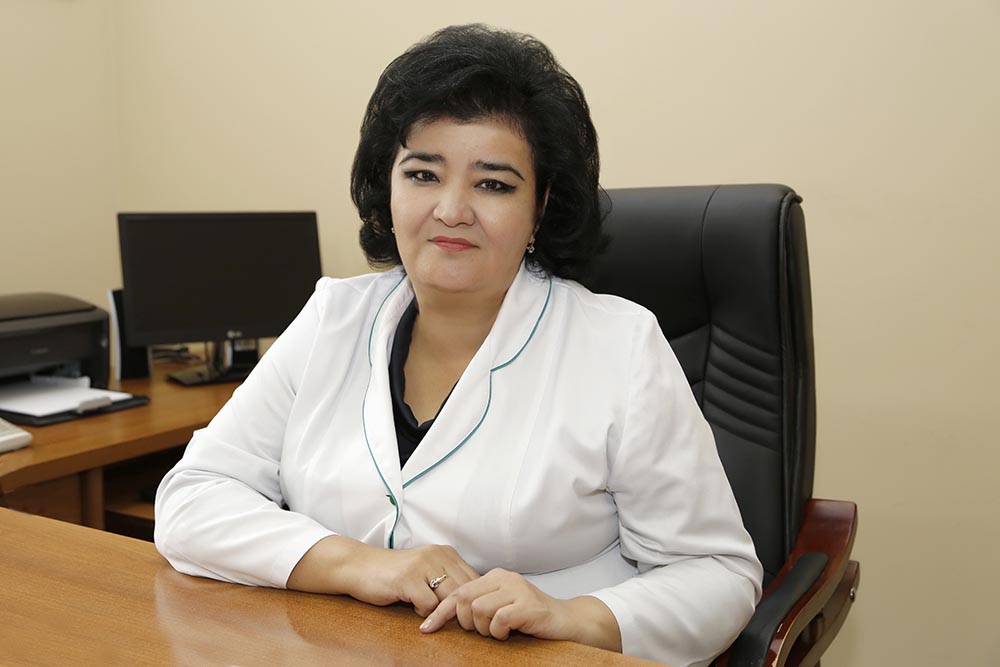 In 2002 she was awarded the academic degree of Professor.

She passed all the stages of scientific teaching and education (since 2006 till 2010 – Vice-Rector TashPMI , currently she is a Chair of Hospital pediatrics department of  TashPMI №2)

She is a highly professional specialists, scientists and health care manager. Since 2001 and nowadays  she is Leading Pediatrician of the Republic, since 2010 till 2012 she has managed of  General Directorate of Maternal and Child Welfare of Health Ministry of the Republic of Uzbekistan.

Since June 2012 she was appointed Director of RSSPMC of Pediatrics.

There are carried out the fundamental- applied scientific and innovation grants under the scientific supervision of Prof. Akhmedova D.I.

She is author of more than 300 scientific publications, including 2 monographs, 4 certificates for the invention. The results of her researches are implemented in the pediatric practice, both in Uzbekistan and abroad, contribute the health, reduce morbidity and mortality among the children, as well as the harmonious development of the young generation of our country.

She has prepared 3 doctors and 13 candidates of medical sciences in specialty pediatrics.

Akhmedova D.I.  is Deputy Chairman of Specialized Council “Motherhood and Childhood” at TashPMI, Deputy Chief editor of scientific journal “Pediatrics” (Uzbekistan), a Member of the editorial board of the journal “The organization and management of health care”, “Journal of Emergency Medicine», «Medical express», and Russian journal “Pharmacological pediatrics.”

Akhmedova D.I has a deserved authority and highly respected among health managers, pediatricians and other specialists in all regions of our country. She is Deputy Chairman of the Certification Commission of the Health Ministry of the Republic of Uzbekistan by specialty “Pediatrics”.

Akhmedova D.I. actively involved in public and political life of the republic. She has participated in development of Laws of Uzbekistan “About guarantees of the child rights ” (2007), “On prevention of micronutrient deficiency among the population” (2010), and  some of decisions of the President and Cabinet of Ministers.

Research package of interventions to improve the quality of health services for children in primary health care (monitoring of child growth and development, nutrition of  healthy and sick children) has been  implemented accordance to technology  WHO / UNICEF by Akhmedova D.I.

Since the organization of Children’s Sports Development Fund in Uzbekistan 2002) and the adoption of some government documents there are carried out  a huge activity on development of monitoring and assessment of  the impact of sport and physical education on the health and development of children.

Akhmedova D.I .in cooperation with health managers and leading experts published methodological guidelines for medical basics of physical education and sports in a healthy and harmonious development of children and adolescents.

Under her leadership there is realized the program on prevention of micronutrient deficiencies. Therefore, she is one of the developers of the international project GAIN (Global Alliance for Improved Nutrition) on flour fortification for the prevention and elimination of anemia among children and women of childbearing age.

Nowadays she is an active proponent of high technology, therefore, under her leadership in our Republic, there was developed and implemented modern diagnostic and treatment technologies in the field of pediatrics and children emergency conditions in the stages of pre-hospital, skilled and specialized care.

Akhmedova D.I. is Chairman of the Association of Pediatricians of Uzbekistan, a Member of the European Association of pediatricians, Member and Manager of the international and national scientific meetings. D.I.Ahmedova was elected as a full member (academician) of the Russian Academy of Medical and Technical Sciences.

Her activities are aimed to not only health but also social issues in the area of ​​maternal and child health. In cooperation with leading experts of public education, social protection, social organizations and non- government organizations Akhmedova D.I. is working to improve the social protection of children and guaranteeing of the child rights. The badge «20 years of Independence of the Republic of Uzbekistan» awarded Professor Dilorom Ilҳomovna.

She has passed clinical residency in Pediatrics Research Institute by Health Ministry. After completing residency she has passed all stages of the researcher, since younger assistant till the Deputy Science Director of the Center.

In 1994 she defended her thesis.
Salikhova K.Sh.is a doctor of the highest category. Since 1998 till 2008 parallel with scientific activity she headed the department of newborns pathology in medical sanitary unit of Tashkent avian-constructed association named to Chkalov. 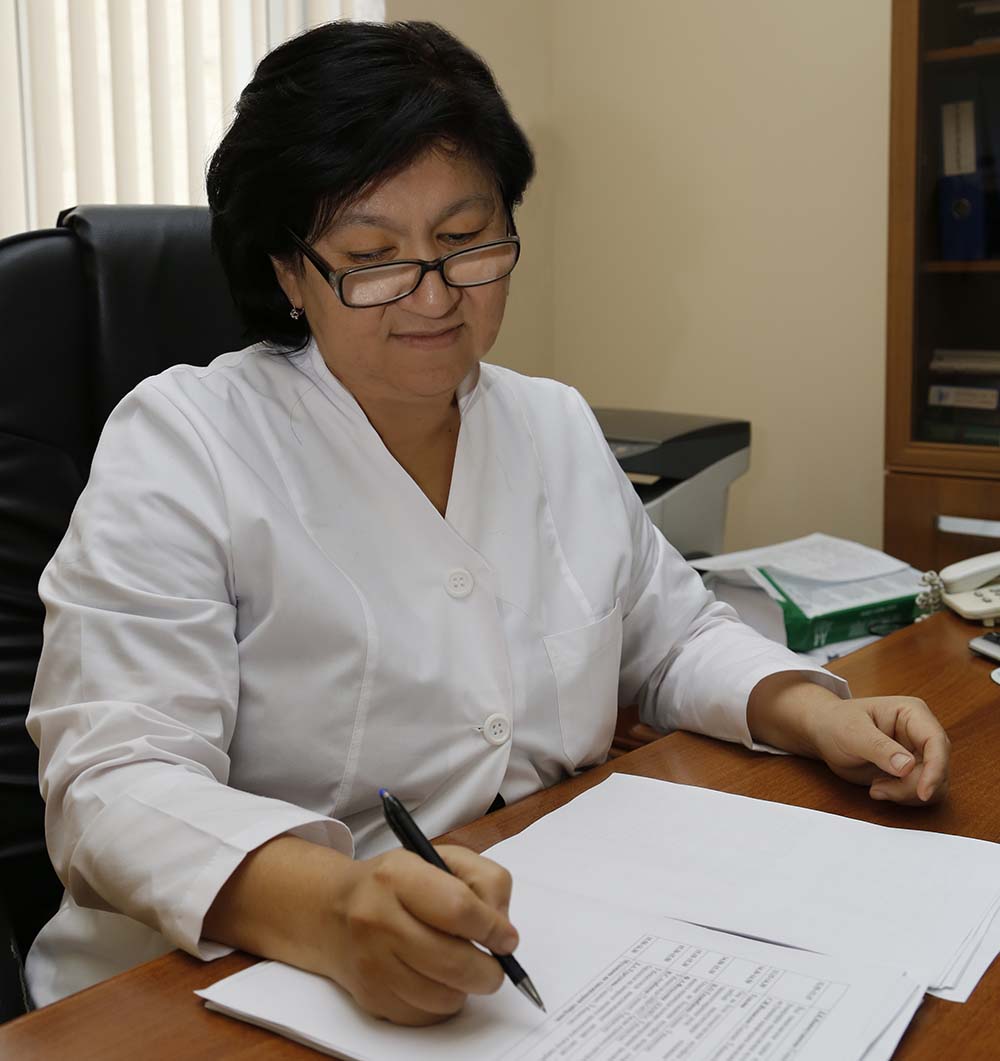 Since 2008 she works as Deputy Science Director of RSSPMC of Pediatrics. Repeatedly she led the scientific and innovative applications and grants. Nowadays she is completing doctoral dissertation on the topic: “Complex system of health assessment, forecasting and rehabilitation of children who have had a critical state in early neonatal period.” Salikhova K.Sh published 82 scientific papers,4 guidelines and received 2 patents for invention. Currently she manages by the scientific grant.

Salikhova K.Sh, being the Leading Neonatologist of Health Ministry of the Republic of Uzbekistan pays great attention to the introduction of modern technologies for the newborns care, resuscitation and treatment. She is coordinator of the Breastfeeding Program.

Abdukayumov Abdumannop Abdumadjitovich after graduation of the First Tashkent State Medical Institute in 2001-2004 has educated in the magistracy by the direction “ENT diseases “.
Abdukayumov A .A. is Otolaryngologist. In 2009, he defended his thesis. He is an author of more than 40 scientific articles, PhD.
He worked in the ENT department of TMA, private clinics “Gatling-Med”, “Estimed” and ENT doctor in “Department of congenital and acquired ENT diseases ” of the Republican Specialized Scientific and Practical Medical Center of Pediatrics.
Since 2014, he worked as Head of Hospital of the RSSPMC of Pediatrics. He is a Member of the Association of Otolaryngologists of Uzbekistan, of the World Federation of Otorhinolaryngology, the European Association of Plastic and Reconstructive Surgeons.
Abdukayumov A.A. active worked in various youth organizations: in 2001-2007 – Chairman of “Kamolot” of Tashkent medical Academy; in 2007-2009 – Chairman of the student union of the Tashkent Medical Academy. In 2005, successfully passed the training center “Leader” at the Academy of Public Administration and Construction under the President of the Republic of Uzbekistan. 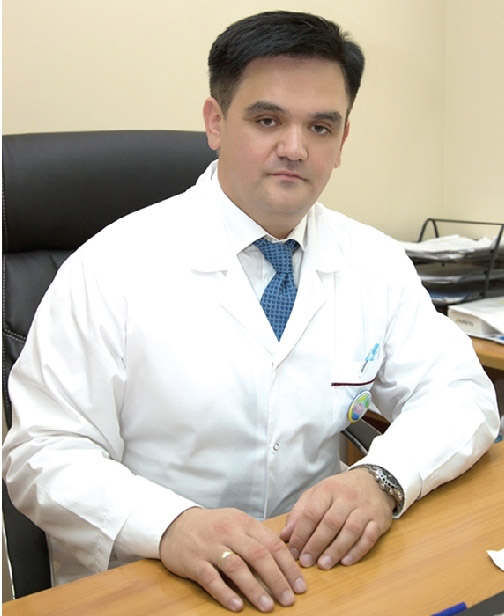 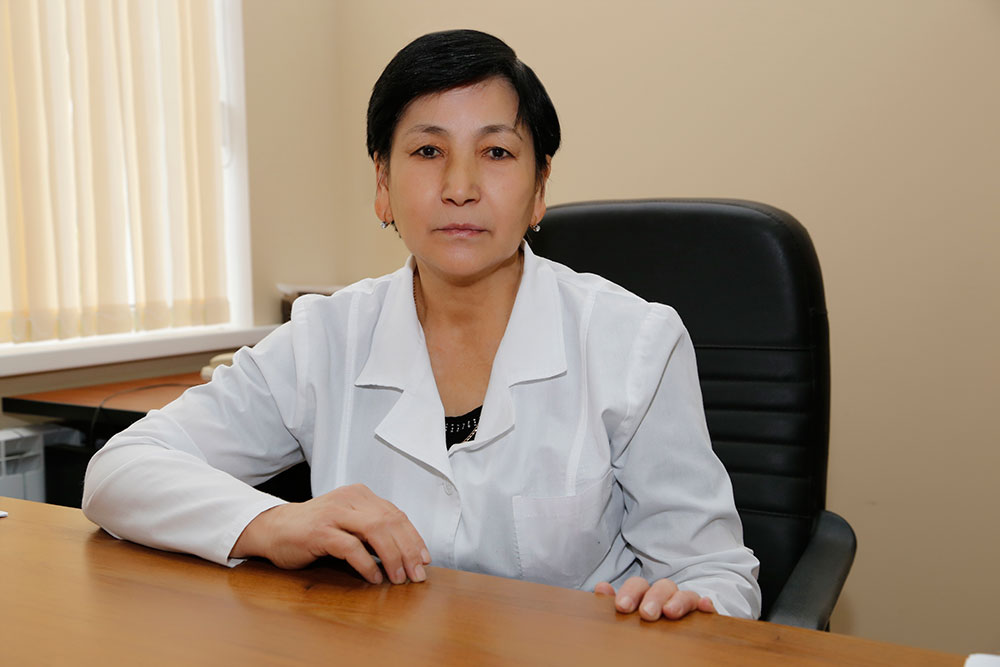